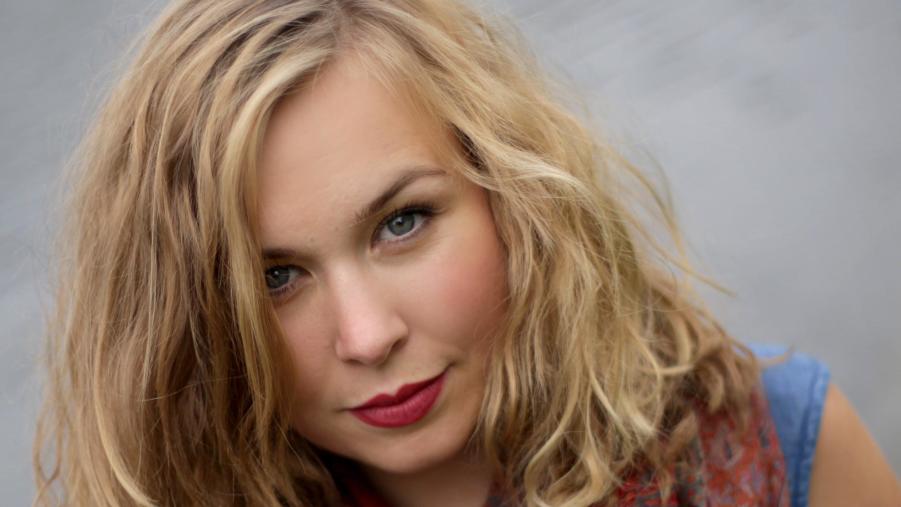 Soprano Elsa Dreisig has signed an exclusive recording contract with Erato, with her debut album to be released in October 2018.

The signing comes as the natural next step for the Franco-Danish soprano who, at just 26 years of age, has already been crowned winner of Plácido Domingo’s Operalia (2016), Vocal Discovery of France’s Victoires de la Musique Classique and Opernwelt’s Young Artist of the Year.

Dreisig’s original programme explores how different composers have approached the same great heroines: the Salomé of Massenet and Richard Strauss, the Manon of Massenet and Puccini; Gounod’s Juliette illuminated by little-known composer Daniel Steibelt’s Roméo et Juliette – each dual portrait bringing dramatic and musical insights to some of the greatest female roles of French, Italian and German opera. The album was recorded in Montpellier, France, with the Orchestre national Montpellier Occitanie Pyrénées Méditerranée and Danish conductor Michael Schönwandt.

Elsa Dreisig said: ‘I am extremely fortunate to be guided by Erato for my first album. The label has given me a tremendous amount of support, dedication and above all freedom – the freedom to record a daring debut that reflects my desires and decisions; freedom to explore, experiment and take risks. This kind of openness is so rare these days. I’m delighted that this wonderful adventure with Erato will begin with this album, and I’m already excited to look ahead to more projects on the horizon.

‘For my debut album I chose to plunge into the unknown: I have only sang four of these arias on stage previously and the album features two world-premiere recordings. With this debut I hope to give a sense of my journey as an artist: a musical reflection of my passion and the internal flame that drives me. Rather than simply mirroring the repertoire I’m currently singing on stage, it’s a perspective on the future.’

Alain Lanceron, President of Warner Classics & Erato, added: ‘With a slew of international prizes to her name – Operalia, Neue Stimmen and Les Victoires de la Musique Classique among others – and an impressive start to her career at such a young age, Elsa Dreisig has emerged as a free spirit in the new generation of opera stars. Her daring choices, her eclectic repertoire and an artistry that both embraces and transcends tradition, are all in evidence in the debut recital album she unveils in the Autumn. Erato welcomes a new singular personality to our artistic family, where she is bound to take her place among the greats.’